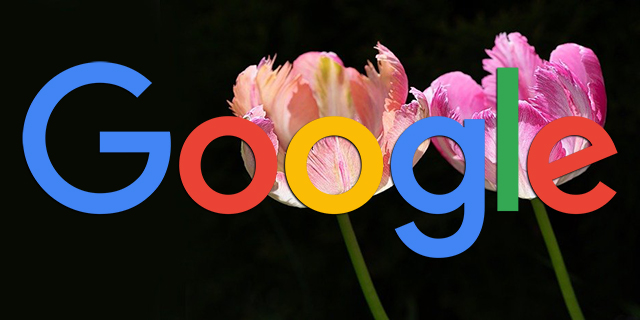 Remember that possible Google search ranking algorithm update from September 23rd? As I mentioned in my weekly video this Friday, some felt it may have been caused by a canonical bug with Google search. I wanted to share more around that topic before I go offline tonight for Yom Kippur, since I am not posting anything tomorrow.

In short, what happened on the 23rd and 24th of September may have been related to a Google bug related to which URLs the search engine is selecting as the canonical URL. Basically, Google seemed to have swapped out one URL with another unrelated URL for many web sites. This can 100% be the reason for the fluctuations you see in the search results and the tracking tools. It can also be why so many people are thinking there was an update and their site may have been hit because URLs that once ranked, no longer do rank.

I had numerous people email me and reach out to me about this issue.

Divyanka posted about this super early on based on some of the comments on my story and what he spotted:

@rustybrick Hi. There are reports of issues with console and indexing.

Here is a set of great tweets from Glenn Gabe documenting some of this:

So check your data soon and make sure you aren’t seeing the same thing. Again, Coverage reporting is delayed (showing Monday as the last day), but the enhancement reports are up to date. And you can check the Performance reporting to see if clicks/impressions have dropped… pic.twitter.com/NDgQhByp86

Quick update: Coverage reporting updated yesterday & now shows data through Fri 9/25. For this news publisher, you can see 1,241 urls drop as of Fri. And now “Duplicate, submitted url not chosen as canonical” jumped to 453. Clicks & impressions have dropped 24% since 9/23: pic.twitter.com/vNAsjGeukj

I have the same issue with a client. About 1,500 AMP pages dropping in and out of index since last Monday. I do not believe this is a core update but purely something broken on Google’s end

Here’s a page that was deindexed a few days ago. Check the page and it looked fine as before pic.twitter.com/S2M5tTCxjV

Some of the folks in Black Hat World picked this up too.

When I use inspection tool, it shows duplicate canonical URL and Google’s selected URL is for a unrelated topic from my own site. Request indexing doesn’t help.

There’s a lot of weird stuff going on with GSC and especially mobile results/rankings since around 15-18 September. Some people say that the pages returned by themselves, for others it is way more complicated including issues with Google selecting incorrect and unrelated canonicals.

And this BHW thread:

Currently the page has been re-indexed by Google, and the keyword ranking has been restored.

Starting September 22, some of my new posts stopped appearing on Google. On September 23, some old posts also disappeared. Since 24th, I’m unable to get any article indexed by Google.

When I used the inspection tool in the console, I discovered that Google started selecting completely unrelated URLs as canonical URLs. I have defined the URLs properly in the source code, but Google is still picking incorrect URLs, completely unrelated ones which aren’t even linked to each other.

For example, an article on Microsoft

I too was hit with this canonical issue about a year ago now and it ended up being these spam sites doing shady redirects, using canonical tags to each spam site with your text on it to confuse Google and get you stuck in a redirect chain.

Error is “Duplicate, submitted URL not selected as canonical”.

Are there current technical problems at Google? We have been a publisher for many years.

Suddenly in the last week we have had two canonical problems. This is despite the recent news reports being very, very different to other pages on our site. Using webmaster tools I am told that there is a canonical problem with reports from about ten years ago!

Google has had issues like this before – back in April 2019 Google has a canonical URL bug, here is when Google confirmed that back then:

We’re aware for some pages, there’s an issue where we may have selected an unrelated canonical URL. In turn, breadcrumb trails on mobile might reflect the unrelated URLs. In rare cases, it might prevent proper indexing. We’ve been fixing this & will update when fully resolved.

I will dig in more hopefully on Tuesday after Yom Kippur.

So far Google has not confirmed any issues with me or publically.

For many consumers, a car or truck is the second largest purchase they will make after buying a house. In

How to Optimize Your Old Content For New Conversions

I have produced a lot of content over the years. While I do my best to make most of it

Should You Link Out from Social Media to Your Website?

Originally aired on #AskGaryVee Episode 6 – Q: Do you feel it’s still necessary to push users from social to